“We are calling for [their] removal … as a start toward constitutional restoration,” said retired Army Col. Harry Riley, the leader of the group, Raw Story reported. “They have all abandoned the U.S. Constitution, are unworthy to be retained in a position that calls for servant status.”

Voter ID is a Great Idea…Everywhere Else, Anyway

“The stark and simple truth is this — the right to vote is threatened today — in a way that it has not been since the Voting Rights Act became law nearly five decades ago . . . So let’s be clear — the real voter fraud is people who try to deny our rights by making bogus arguments about voter fraud.”

As they say in Chicago, “Vote early and often!”

Legislation for a constitutional amendment to give Congress the power to regulate spending levels in federal campaigns.

To limit the free speech of the voters, of course !!!

The Anti-Gun Tyranny of the ATF

“No government, any more than an individual, will long be respected without being truly respectable” – James Madison

The Buckley Rule: Vote for the Most Conservative, Viable Candidate 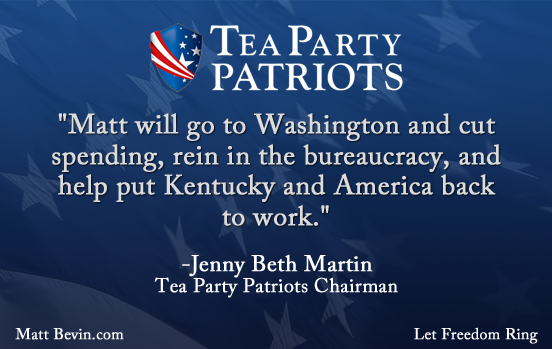 The Regime and leftists around the world believe that militant Islam is not militant because it is militant.  It’s been made militant by the United States and our policies in the Middle East, the Christian government of Nigerian, basically governments oppressing these poor people mired in poverty, and they are reacting with violent outbursts.  That’s the justification, the explanation for militant Islam, jihad, and groups like Al-Qaeda.

I have said on several occasions that Obama may not personally be a Muslim, BUT HE IS VERY SYMPATHETIC toward them. HE HAS EVEN APPOINTED RADICAL MUSLIMS TO POSITIONS IN HIS ADMINISTRATION !!!

That headline SHOULD read: “U.S. Court of Appeals for the Federal Circuit says Conservative Americans have

Will Conservatives be Sent to Reeducation Camps?

Leaders Who Fail To Own Up To Mistakes Are Unfit for Office.

The recent escalating arguments over whether there should be further congressional hearings on Benghazi are troubling. The fact that there are substantial numbers of people who feel that there is nothing more to investigate when four American lives were lost and no one has answered for this crime provides an indication of how far our sense of justice has slipped.

This should not be a partisan issue, because the implications of ignoring or prevaricating about the underlying mistakes will have far-reaching consequences. The United States has diplomatic establishments throughout the world, and if they can be attacked without consequences, it greatly diminishes our influence despite any protestations to the contrary.

What does it say about our judgment if we have diplomatic establishments for which we make inadequate provisions for protection? This is especially disturbing because it was revealed that requests by the consulate in Benghazi for more protection were refused. There had been attacks on the consulate not long before the fatal attack, and hostile actions had been taken against the British, which they were wise enough to react to appropriately.

Even more confounding was the decision to abandon our personnel at the consulate because someone decided that our military forces could not reach them in time to effect a rescue. How could such a decision be made when no one knew how long the hostile action would last? Several military personnel who were in the area ignored orders to stand down and instead rushed to the consulate with assault weapons and resisted hostile forces long enough to allow some of their colleagues to escape, while sacrificing their own lives. Their heroic actions demonstrate the bravery and loyalty that characterize American military forces. I feel certain that those men had no doubt in their minds that reinforcements were on the way, and that if they could just hold out long enough, their efforts would be rewarded.

When our top officials make decisions to abandon our own people because they feel the situation is hopeless, they also abandon the concept of American exceptionalism and create doubt in the minds of all future military participants about the intention of their superiors to expend maximum effort to preserve their lives when they have sacrificed everything for our nation.

Making mistakes is part of being human, but the ever-increasing deception that is necessary to cover those mistakes when honesty is abandoned is evil. Those willing to ignore evil for political reasons should question their fitness for leadership of our nation. In this case, a blatant falsehood was promoted — namely that the Obama administration had international terrorist activity directed at America under control, and that the Benghazi incident was a spontaneous action resulting from the outrage of locals who had viewed an offensive anti-Islamic video. Undue importance was placed on promoting an image of U.S. strength during the weeks immediately preceding the presidential election of 2012.

Again, I must emphasize that if we, the American people, the American press and the American political class, participate in the cover-up or ignore such an important story, we contribute to the demise of honesty and truth as pillars of our governing structure. In the book of Proverbs, King Solomon put it this way: “If a ruler listens to lies, those who serve him will be wicked.”

We also should be concerned about the attempt by some to ignore or downgrade the significance of the Internal Revenue Service (IRS) scandal. The fact that something this contrary to the concept of freedom can happen in a country based on constitutional values and be characterized as a “phony scandal” by people who supposedly have the best interests of this country at heart again points to the danger of placing partisan politics above truth and honesty.

When politicians huddle and try to figure out ways to defend their leader or their party and ignore the well-being of their nation, the people must take notice and do everything within their power to make sure they are represented by those who share their beliefs, and not by those who are simply party loyalists.

Obviously, the IRS was used in inappropriate ways, or Lois Lerner would not have pleaded the Fifth Amendment. It is more than disturbing that the president of the United States and many in his party feigned outrage when the inappropriate actions of the IRS initially were exposed, but now cannot lend support to a full and unfettered investigation of activities that threaten the very liberty of the American people.

A bipartisan group should investigate both Benghazi and the IRS scandal in a transparent manner. If wrongdoing is discovered, those responsible must face consequences, and procedures must be established to ensure that such abuses never occur again.

Most importantly, the people must awaken and look objectively at the actions of both Democrats and Republicans and not simply accept what party leaders say. Freedom is not free, and vigilance in responsible voting is necessary to preserve it.

Former head of Neurosurgery at John Hopkins, Benjamin Solomon “Ben” Carson, Sr., is a columnist and retired neurosurgeon. He is credited with being the first surgeon to successfully separate conjoined twins joined at the head.

‘If You Like Your State-Led Education You Can Keep Your…’

Watch Glenn Beck’s Takedown of Common Core on Fox News: ‘This Is About Control and Conform, Period’

By the Time Armed Thug Saw Quick-Thinking Homeowner Crouching and Holding an AR-15, It Was Too Late

“I consider the foundation of the Constitution as laid on this ground that ‘all powers not delegated to the United States, by the Constitution, nor prohibited by it to the states, are reserved to the states or to the people.’ To take a single step beyond the boundaries thus specially drawn around the powers of Congress, is to take possession of a boundless field of power not longer susceptible of any definition.” – Thomas Jefferson

Is Obama Quietly Courting A Coalition With Iran?

If you look closely at the picture above, you will note that all the Marines pictured are bowing their heads. That’s because they’re praying. This incident took place at a recent ceremony honoring the birthday of the corps, and it has the ACLU up in arms. “These are federal employees,” says Lucius Traveler, a spokesman for the ACLU, “on federal property and on federal time.. For them to pray is clearly an establishment of religion, and we must nip this in the bud immediately.”

When asked about the ACLU’s charges, Colonel Jack Fessender, speaking for the Commandant of the Corps said (cleaned up a bit), “Screw the ACLU.”

Lets put the ALCU in combat for a few weeks and then see what their beliefs would be.

DeMint Calls for an ‘Agenda to Unite America’

Obama Rewrites ObamaCare: Another day, another lawless exemption, once again for business.

Obama: ‘That’s the Good Thing as a President, I Can Do Whatever I Want’

The Hillary Papers: Why Now?

IRS-Targeted Scandal Victims Will Not Be Silenced

The IRS Drive to Silence the Right

A Tank on Every Corner? Why Police Departments Are Acquiring Armored Vehicles—and What to Do About It

aka: Socialist/Progressive/Communist/Democrats say,    “Do as we say, NOT as we do! We are BETTER THAN YOU !

After reviewing the statistics, will New York only allow quadriplegics in their “fine city”?

‘This is what got my blood boiling’: Glenn Beck Explains his experience seeing the new film Monuments Men