‘The Western Nations Sold Us Out to Putin’: Ukrainian Families Prep for the Worst as U.S. Official Warns, ‘Not Everything Is What It Seems’

Obama Is Teaming Up With Neo-Nazis in Ukraine

That comes as no surprise when you remember that “NAZI” is short for National Socialist Workers Party !

Russia And China ‘In Agreement’ Over Ukraine

US stock futures down hard on Ukraine worries, after spending data

If He Believes It, It Must Be So: Obama’s scary interview.

Iran: Top Court Orders Man’s Eyes to be Gouged Out and Ears Chopped for Pouring Acid on Girl

“According to a judicial law (aka Sharia Law), chiefly based on the principles of Islam, in Iran chopping off condemned convicts’ limbs and removing their eyes is sanctioned and are reportedly widely practiced.”

This is an example of Sharia Law. Do you REALLY want that here? Many in the Islamic Community are attempting to force America to allow Sharia Law in the USA.

DCF Working To Send Teen In Medical Dispute Back To Connecticut

Rupert Murdoch Tweet: NYC now totally managed by leftist activists with no experience in running anything beyond protests. Big mess ahead.

Lois Lerner: No, I Will Not Testify in Front Of Congress About the IRS

We have to get that FASCIST out of the White House while we still have a country left !

Americans are Following the Yellowbrick Road: Lions and Tigers and Bears

Crimea Crisis: The Pin That Bursts The Bubble?

The IRS Is the Problem

As I keep saying, ABOLISH THE IRS and institute a FLAT TAX!

‘You can’t do this!’ Parents revolt against ‘ObamaCore’

And now, “OBAMACORE”, aka Common Core, which I believe to be Obama’s version of THE HITLER YOUTH ! 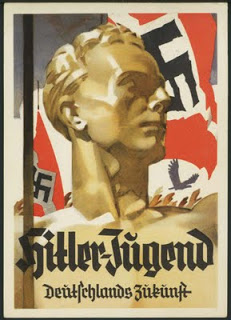 ‘Brought Tears to This Old Marine’s Eyes’: What You Had to Say About the Most Viral Story in TheBlaze’s History

Officer: ‘I don’t want to talk about the Constitution at all’

“Did I take an oath to the Constitution?” responds Vance, who earned national notoriety in the aftermath of Sandy Hook. “What bearing does that have on this conversation?”

Gun Shop Battles City Over AR-15 Sign: ‘I Will Be in Jail or Dead Before That Sign Comes Down’

‘.0000672′: Why Concealed Carry Permit Holders Will Want to Hear About Such a Small Number From a Former Navy SEAL

Looks like time to buy shovels. I wonder just how many guns and how much ammo is buried in America . . .

Remember Lexington and Concord? What were the British troops trying to do when the Minutemen stopped them?

In September of 2005, on the first day of school, Martha Cothren, a History teacher at Robinson High School in Little Rock, did something not to be forgotten.  On the first day of school, with the permission of the school superintendent, the principal and the building supervisor, she removed all of the desks in her classroom. When the first period kids entered the room they discovered that there were no desks.

‘Ms. Cothren, where are our desks?’

She replied, ‘You can’t have a desk until you tell me how you earn the right to sit at a desk.’
They thought, ‘Well, maybe it’s our grades.’  ‘No,’ she said.
‘Maybe it’s our behavior.’ She told them, ‘No, it’s not even your behavior.’

And so, they came and went, the first period, second period, third period. Still no desks in the classroom. Kids called their parents to tell them what was happening and by early afternoon television news crews had started gathering at the school to report about this crazy teacher who had taken  all the desks out of her room.

The final period of the day came and as the puzzled students found seats on the floor of the desk-less classroom. Martha Cothren said, ‘Throughout the day no one has been able to tell me just what he or she has done to earn the right to sit at the desks that are ordinarily found in this classroom. Now I am going to tell you.’

At this point, Martha Cothren went over to the door of her classroom and opened it. Twenty-seven (27) U.S. Veterans, all in uniform, walked into that classroom, each one carrying a school desk. The Vets began placing the school desks in rows, and then they would walk over and stand alongside the wall. By the time the last soldier had set the final desk in place those kids started to understand, perhaps for the first time in their lives, just how the right to sit at those desks had been  earned.

Martha said, ‘You didn’t earn the right to sit at these desks. These heroes did it for you. They placed the desks here for you. They went halfway around the world, giving up their education and interrupting their careers and families so you could have the freedom you have. Now, it’s up to you to sit in them. It is your responsibility to learn, to be good students, to be good citizens. They paid the price so that you could have the freedom to get an education. Don’t ever forget it.’

By the way, this is a true story. And this teacher was awarded the Veterans of Foreign Wars Teacher of the Year for the State of Arkansas in 2006. She is the daughter of a WWII POW.

Let us always remember the men and women of our military and the rights they have won for us.

This little 4 minute Boeing video is really something. A first, for a full size jet airplane. Thousands of planes that were grave yard bound, with costs in the hundreds of millions, now can be used as never before. These F-16 aircraft have been in the bone yard at Davis-Monthan for 15 years and are now being used as drones!

Where is John Connor when we need him?

Gov. Bobby Jindal: America, We Can Do Better

Yes, we can, Bobby. But first we have to get rid of the Democrats-Communists-Socialists-Fascists in our Govt.

Excerpt from Allen West’s new book,Guardian of the Republic:

“A liberal paradise would be a place where everybody has guaranteed
employment, free comprehensive healthcare, free education, free
food, free housing, free clothing, free utilities, and only law
enforcement has guns. And believe it or not, such a place does,
indeed, exist: It’s called prison.” –  Sheriff Joe Arpaio